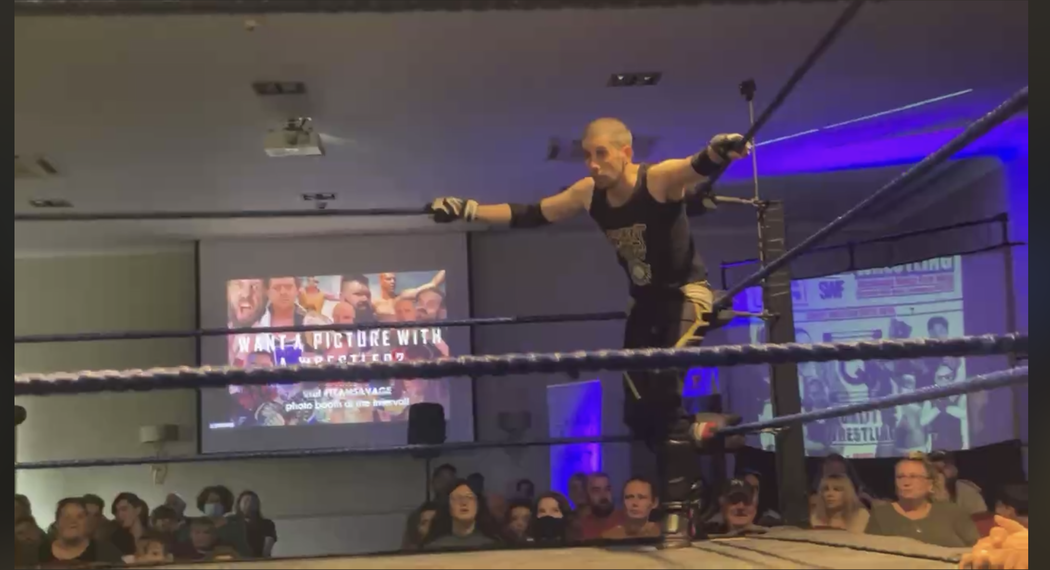 A dark gothic exterior with high flying moves and more. This is Jensens story!

Jensen is a mysterious, dark, gothic character who brings an atmospheric approach to the ring..

Jensen is based on the style of Criss Angel and brings his intriguing character mixed in with his diverse range of moves to the ring each and every time.

Jensen is is trained by The Quality Wrestling Academy in Havant and has wrestled for Quality Wrestling, SWF, Kapow Wrestling and has also due the roster for Savage Pro Wrestling. In addition to wrestling Jensen works as an actor on a range of award winning theatrical events and has worked an events manager and Radio presenter for stations including 103.9 Voice FM and 102.5 Skyline FM.

Jensen has been a huge fan of wrestling since his was a kid and regularly attended local wrestling shows by TWA and many more.

Jensen was featured on BBC one and ITV in features on his journey in wrestling and equality which was also broadcast on BBC Radio and he featured in QX Magazine, The Daily Echo and was voted number 166 in Out Sports top 200 LGBTQ+ wrestlers of 2021.

Jensen isnt just a wrestler, he has worked as an actor on theatrical events and worked as a Radio Presenter! Book now!

GET IN TOUCH
LEARN MORE